This past saturday I did an artist talk about me and my work at Beauty and Brawn Gallery and Think Space.  It wasn’t recorded, but last fall I did a lecture for Laydeez Do Comics-Chicago, and they DID record, and this I forgot about it and then I just remembered!

If you scroll down you can listen to the recording! 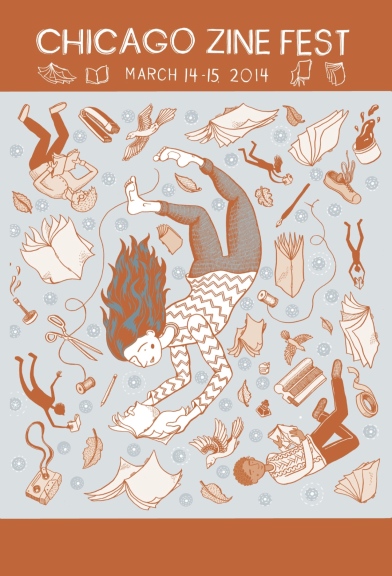 Make sure to be there early on Saturday because last year I sold out in TWO HOURS!!!!!

This year I am on the upper floor, but i am RIGHT in front of the elevators, so it’s all good!

But just in case you can’t make it, I will also have my books and wares the next day, Sunday March 16th, at

Which is kind of like Renegade, only specifically for artists who produce “multiples” like prints, books, etc.

LISTEN TO ME TALK ABOUT COMICS!!!!!

Holy MOLEY i have just had a whirlwind of press and accolades since my art show opening on February 8th!!!!

First i found out i was featured in a Chicago Tribune article! (starpower!)

Then,  REELChicago posted a video from opening night (though i think i sound like an idiot)

AND THEN! – the last two days I have talked and visited with the arts reader from the ChicagoREADER, which is super super exciting (since people actually read that one!)  If you are around the Chicago area, you can pick up a copy NEXT THURSDAY (the 27th) or search for it on http://www.chicagoreader.com/

Basically… Im about to blow up ya’ll.

On another awesome note – I am still working on my most recent comic!  It’s a Wealthy&Diamond diary comic, but it’s on a much larger scale, and with everything that’s been going i’ve only inked one page!  But here is the first pages ‘ rough copy for you to revel over until the other pages are done. 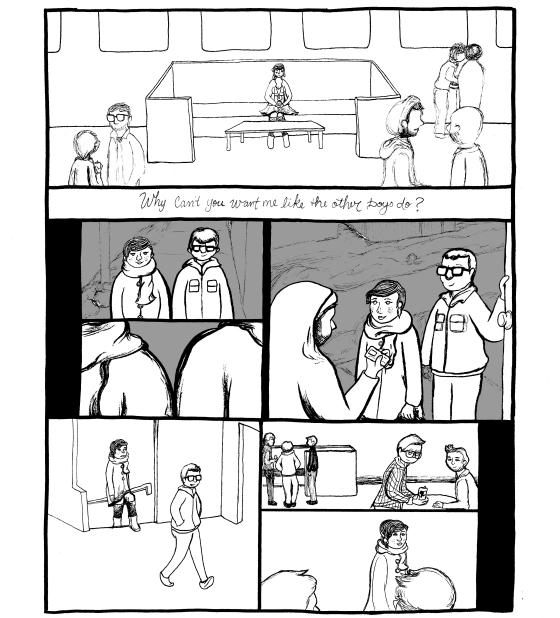 I love all of you!

A couple of months ago I had the privilege to get a copy of Year One, and autobiographical comic about Ramsey’s move from Chicago to Philly and her new life there. I found it charming and beautiful, very open and honest.

Ramsey is extraordinarily talented, and i highly recommend picking up a copy!

I’ve mentioned Julie on here before, but she’s never officially been a Featured Artist, and I wanted to tell everyone about her new book Je suis un raton laveur  and the raccoon drawing contest she is having on her site.

Check THIS OUT for more information!

A little over a month ago I flew out to Boston for MICE, and my favorite purchase i brought home was Kenan’s Last Train to Old Town

I was pulled in to Kenan’s table by his display of prints that are absolutely fantastic.  My favorite thing about Mr. Rubenstein’s art is that I feel like I havent seen it before, and the story is enthralling – i can’t wait to read more! 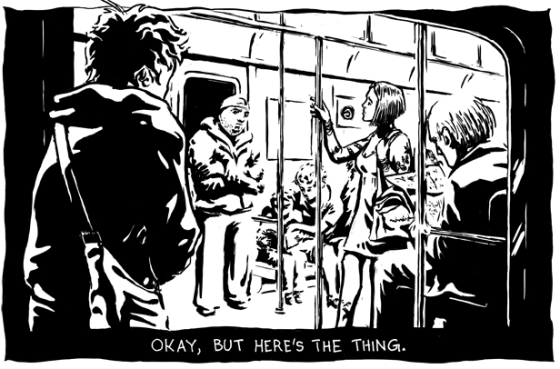 FINALLY THE DAY HAS COME WHEN I GOT MY PRINTER AND SCANNER BACK!  LET COMICS COMMENCE!

from “All Coons Look Alike To Me”; the life of Ernest Hogan, Father of Ragtime

Luke is a good friend, but more importantly – I hate him.

Well it’s because (and i tell him this often) I HATE HOW GOOD HE IS.the best part?  He’s only been drawing for under two years.  TWO YEARS.

His mini-thesis from the Center for Cartoon Studies was AMAZING- beautiful, controversial, and stunning – i highly suggest   having a copy of your own.

If you are interested in seeing some amazing new talent, and be “cool” enough to know about a big star before he becomes a big star, i suggest you look up Luke Howard.

Check out his work here:  And So Then

I’ve been doing things a little differently in this here blog, i know ALL of you are on the edge of your seats about it.   Before I used to combine posts, but from now on they will be individual.

To christen the new Featured Artist section, i introduce to you my good friend DREW DAMRON!

Drew was my co-leader for the Grand Rapids Comics Society and also Co-FOUNDED the group!  SInce we met he has been, not only an encouraging friend, but a also a teacher, inspiring me to draw more, learn more, keep going.  If it wasn’t for Drew, I wouldn’t be doing as well as I am as an artist and I may have never known about the Center for Cartoon Studies.

He just sent me two of his new comics, so now I am a proud owner of the ENTIRE Drew Damron Collection! 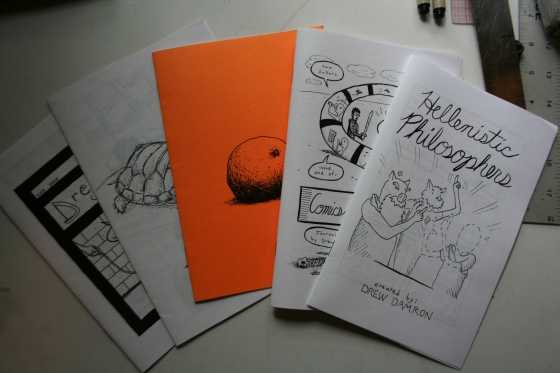 My favorite has always been Mindful Eating.  ITS BEAUTIFUL.

Check out his stuff – this kid is going places!

A few things in this post so bear with me

I have two more Haikus that I finished in March but never posted and i think i might stop for a while.  Ive been drawing fuller, lengthier diary comics lately, or one pages of something going on in this life.  The Haikus were a device for learning to write, make panels, and practice different comic art skills (not that im done learning by ANY means, but seriously look at the difference from now and a year ago!)  Im kind of ready to move on to something else.

Im not saying that im done with Haiku Comics forever, because I really enjoy them… but for now, maybe a break.

Now back in the day when we were getting our acceptance letters and meeting each-other in the online forum (and facebook stalking each-other… ADMIT IT), i was immediately smitten with Laurel because… her comics are HILARIOUS 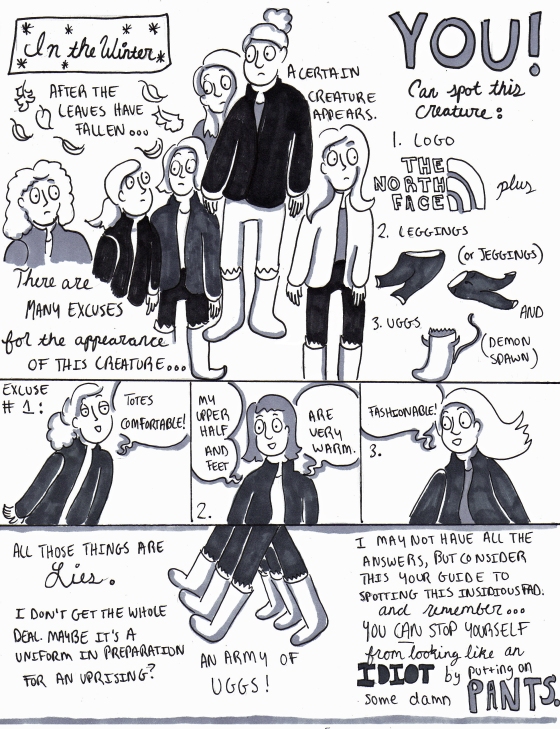 and as you can see, also super true :)

Laurel just gave me a copy of her CCS Mini-Thesis – ROSIE GARDNER AND THE JUNIOR LEAGUE OF FATES!

Check out her stuff, give her a holler!

I will be taking a short break of the internets.  I dont know how long.  Could be a week?  Could be a month?  I need to get focused and calm my self down a bit cause there is a lot going on right now, and when i feel physically and emotionally ready ill be back and better than ever!

In the mean time ill be working on other comics, fan comics, and a new story ive been working titled “Were You Expecting a Happy Ending?”  Which should take all of the summer to finish, if not longer.

Be sure to stop in, or email me at rachel.f.t.foss@gmail.com !

This song came up in my itunes on shuffle today – its always been one of my favorite songs, but i realized that its actually relative to my life right now.

the world is my oyster – see ya on the flip side

There was an error retrieving images from Instagram. An attempt will be remade in a few minutes.